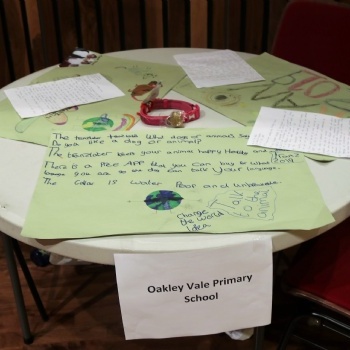 Three teams from our school took part in the competition, where they battled it out to see which of the 15 Trust teams had the most innovative idea.

Many of the teams came up with philanthropic ideas to help the homeless, the vulnerable or the environment. Here’s what our teams invented:

Tranz2019 from Oakley Vale comprised Alfie, Georgia and Gaby. They dreamed up a collar that can translate human language and animal sounds. Alfie said: ‘We thought this would be a good idea because if we are a bit lonely or are not feeling well our animals can go and get help. I would ask my dog if she likes the environment she is in at the minute.’

Recyclator 3000 was invented by Dominic, Ebrahim and Rochelle. It is a machine that recycles waste material into something reusable. Rochelle said: ‘You put any type of material that can be recycled in and it will come out as something new. There is a need for it because of all the plastic that is going into the ocean. It will help save millions of sea creatures from dying because of plastic.’ Ebrahim said: ‘My favourite part was doing the posters and information.’

The Magic Pen is a robot device that helps disabled people to communicate. It was invented by Julia, Jorja and Habib. Julia said: It’s a magic pen that writes for disabled people operated by a robot. It never spells anything wrong and it has a maths and English pen. The fun thing about it is that the writing can change to any colour.’

David James, Lead Facilitator from 7 Billion Ideas led the finals: He said: ‘The children have got so much out of it already. These are children who are creating ideas, seeing those ideas recognised. What we hope now is that they take their ideas and thought processes back into the schools and encourage other children to do it as well. I am hoping to see a lot of these children in the secondary competition in four or five years. What is important is that it is a whole school process. Everyone in that school has developed ideas for the Believe Big project.’

Announcing the winners Mr Smith told the students: ‘I think every one of you who has contributed to today has done amazingly well. That medal that you are wearing around your necks says that you have put in a huge effort. I honestly don’t know where you get your ideas from. They are unbelievable. The creativity that you show, the posters you have designed and the way you have presented yourselves today has been really impressive. The judges found it incredibly difficult to decide on the results.’

To see a gallery of pictures from the event, click here. 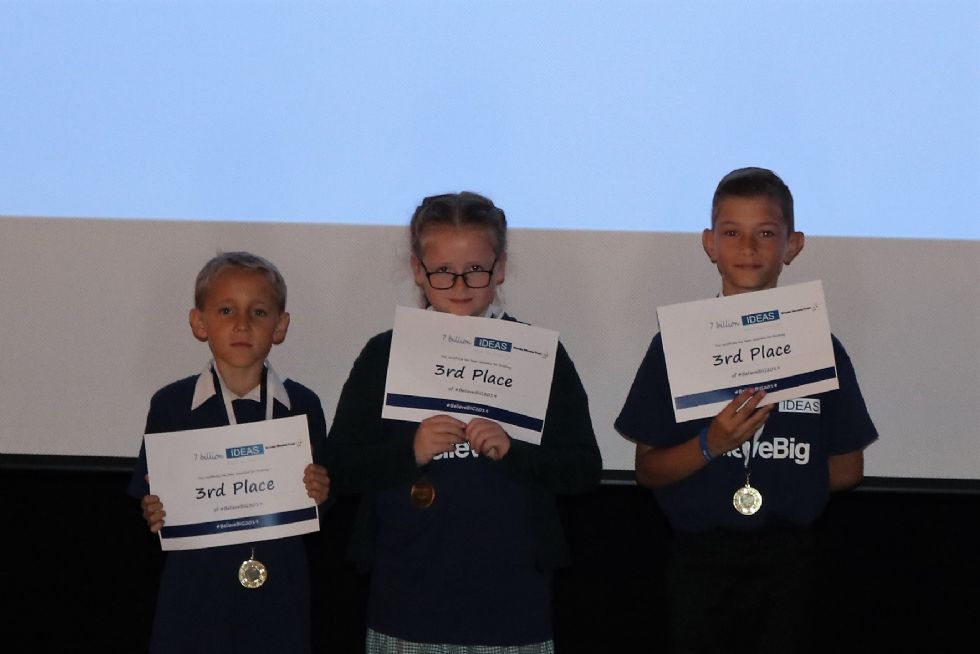